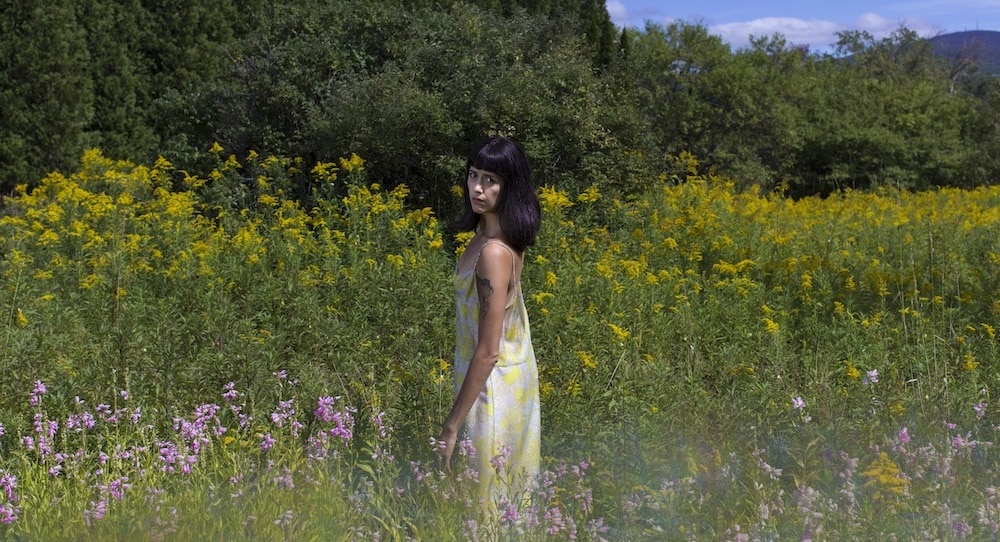 Half Waif has shared a new song called ‘Take Away the Ache’. The latest offering from Nandi Rose arrives with a lyric video directed by Kenna Hynes. Check it out below.

“This is a song about the paradoxes of loving,” Rose said of the new song in a press release. “How we ask the impossible of each other, how we promise what we can’t give. But I don’t mean this cynically—I actually find it quite remarkable. It’s kind of an incredible feat of imagination and will, the way we help each other transform our darkest moments into something bearable, like a game of make-believe. ‘It’s not an ache,’ you might say, ‘it’s an ember.’ And so together we stay warm by the fire of what we’ve created, lit by a sweet lie that makes it all okay for a while. To love is to believe in a kind of magic.”

Half Waif recently released a 7″ single featuring ‘Orange Blossoms’ on the A-Side and ‘Party’s Over’ on the B-Side, the latter of which landed on our Best New Songs segment. Her last album was last year’s The Caretaker.

SohoJohnny Joins Wendy Stuart and Tym Moss For “If These Walls Could Talk” 4/14/21 2 PM ET
‘I’ve Never Seen Anything Like It’: Jo Wood Claims She Witnessed a UFO While Holidaying In Brazil in the 90S as the Loos…
Soledad O’Brien’s “Matter of Fact Listening Tour” Continues With a Fierce Dissection of American Identity
Chet Hanks’ Ex Suing Him for $1 Million, Claims He Abused Her
The FANGORIA Chainsaw Awards Are Coming to Shudder This Month With Presenters Including Jamie Lee Curtis!