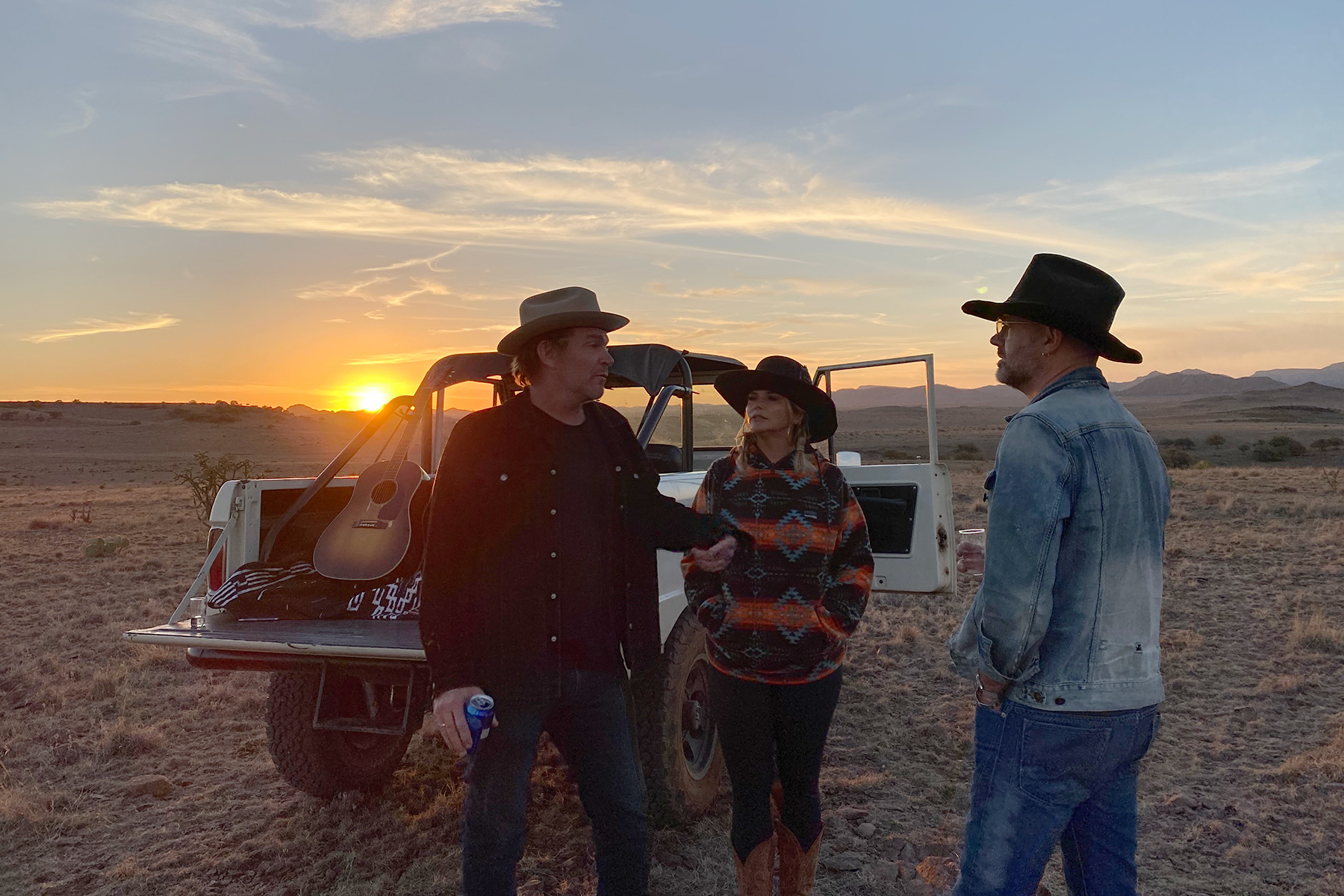 Jon Randall had been going to Marfa, Texas, and nearby Terlingua since the early 2000s, and he was quickly becoming an evangelist. “It was one of those places that just filled my heart,” the Texas-born songwriter and producer says. “Especially if you’re very creative and ever have an introspective part of you, it’s that place you want to be.”

Randall says he had “oversold” the place to his friends so many times that finally, in 2014, two of his fellow Lone Star natives took him up on the offer. Jack Ingram and Miranda Lambert hadn’t worked with Randall before that point, but one songwriters retreat to Marfa turned into two, then three, then more. It’s where they built the foundations for Ingram’s albums Midnight Motel and Ridin’ High…Again, and where all three writers penned “Tin Man,” a highlight of Lambert’s searing 2016 double album The Weight of These Wings that quickly became one of her signature songs.

4 Ways Venue Owners Can Connect With Audiences During the Pandemic

Black Sabbath on the Making of ‘Vol. 4’: ‘It Was Absolute Pandemonium’

All those trips to Marfa for creative inspiration — or to “just sit out in the desert and talk about life,” as Randall recalls — eventually resulted in The Marfa Tapes, a songwriter’s record if ever there was one. For the project, out on Friday, Lambert, Ingram, and Randall gathered together 15 of the songs they’d written over the past half-decade in Marfa, including “Tin Man” and another previously released Lambert cut, “Tequila Does,” off 2019’s Wildcard. Rather than take them to a studio, the trio recorded nearly all of the tracks outside on the Texas high desert, fully exposed to the elements. It’s the very definition of “stripped down.”

The wide open spaces are where these songs were born. While the three Texans don’t discount the artsy charms of Marfa proper — not to mention the local cooks’ knack for making chicken-fried steak — it’s the meeting of land and sky itself, way out in a remote landscape, where they found their inspiration.

“It’s the stars, it’s not really the town,” Ingram admits. “[We stay at] this ranch that our buddy lends us while we’re there, and it’s just complete nothingness. You can’t do anything else but look inside.”

The place is 5,000 acres total — hardly a ranch by Marfa standards, where properties can stretch to 100,000 acres or more. And the house itself is “nothing fancy, but magical,” Lambert says of the funky abode where they felt they could “translate the sunsets onto tape.” Still, the group hadn’t even considered recording music on the ranch until last September, when Lambert’s mother came down to visit. While she was inside cooking dinner, the trio sat out in her car and played through the demo tapes and voice memo snippets of songs they’d written over the years.

“We were having a blast listening to them again, and remembering the moments that led to us writing these things,” Lambert says.

“The whole idea of the record was trying to show people or let people listen to the moment of creation,” Ingram adds. “Usually with the songs, we write them, and then they get put on hold for somebody [to record]. Or it takes time to record them with a full band, and then we got to do a demo…it’s almost like making a whole movie. And then by the time you get into the studio, with the session band and everybody else, you’re light years away from the moment of inspiration and creation.”

They bypassed all of that with The Marfa Tapes. Lambert, Ingram, and Randall returned to Marfa in November with producer Brandon Bell, who agreed to help smooth out the edges of the bare-bones recordings without tampering with them too much. From beginning to end, the whole session took about five days. They documented much of it for an accompanying short film.

“Brandon’s interesting because most engineers would not take this on and be OK with it,” says Randall. “There was nothing pristine about the situation. We literally took some microphones and a Pro Tools rig out to the desert.”

You can plainly hear just how rustic the set-up was in the finished recordings: The Marfa desert wind is a constant background noise behind every song, and several tracks feature the distant hum of cows mooing in a pasture nearby. During one song, the wind blew the microphones over, and they had to retreat into the house to finish.

But the most serendipitous incident came during the redo of the Tejano-inspired “Tequila Does,” when what sounds like a plane can be heard flying overhead. Turns out, that was a Border Patrol helicopter.

“Right in the middle of it,” Lambert says with a laugh. “You couldn’t have made that up!”

Listeners might be surprised that a marquee country star like Lambert would choose to release an unpolished record of acoustic, one-take, near-demo recordings of highly traditional Texas songwriting. But all of The Marfa Tapes’ participants believe that once you hear the album, you’ll understand its intentions. Judging from the response the three of them received onstage at Lambert’s recent Billy Bob’s Texas residency, their audience already does.

“I don’t think anybody was really worried about taking a risk, because writing those songs, we’d get chills on the back of our necks or tears in our eyes,” Ingram says. “That’s the truth. And if it doesn’t shine through, you know you were missing the truth.”

Lambert agrees, adding that the album was a true labor of love — none of them wanted those unreleased songs to live on their phones for the next 20 years.

“They’re all our babies,” she says. “And every songwriter says that, but [we have] this friendship and that magical place, and we’re all from Texas, and we all have the same kinds of influences and grew up on the same kind of music. It felt like all three of us would be really sad if these songs never had a life.”