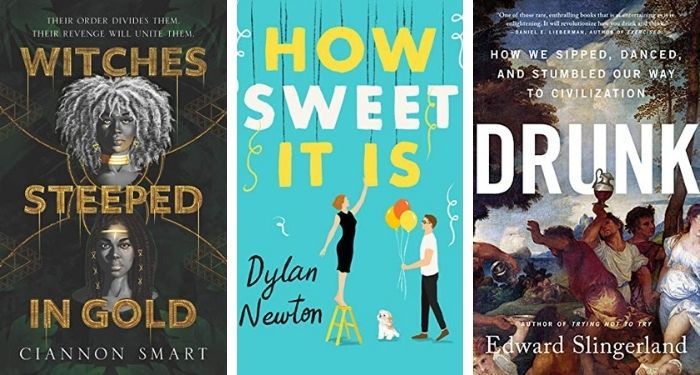 First Friends: The Powerful, Unsung (And Unelected) People Who Shaped Our Presidents by Gary Ginsberg for $3.99

The Cater Street Hangman by Anne Perry for $1.99

The Disordered Cosmos by Chanda Prescof-Weinstein for $4.99

When the Moon Was Ours by Anna-Marie McLemore for $2.99

These Toxic Things by Rachel Howzell Hall for $4.99

The Book of Lost Saints by Daniel Jose Older for $2.99

Sharks in the Time of Saviors by Kawai Strong Washburn for $2.99

The Mere Wife by Maria Dahvana Headley for $2.99

Snowdrift by Helene Tursten for $1.99

The Black Friend: On Being a Better White Person by Frederick Joseph for $1.99

Magic Lessons by Alice Hoffman for $2.99

All You Can Ever Know by Nicole Chung for $1.99

Excuse Me While I Ugly Cry by Joya Goffney for $1.99

The Truth Hurts by Rebecca Reid for $1.99

The Return by Rachel Harrison for $2.99

Monday’s Not Coming by Tiffany D. Jackson for $1.99

The Left-Handed Booksellers of London by Garth Nix for $1.99

The Inheritance Games by Jennifer Lynn Barnes for $2.99

Cemetery Boys by Aiden Thomas for $2.99

The Midnight Lie by Marie Rutkoski for $2.99

The Misadventures of Awkward Black Girl by Issa Rae for $1.99

The Ascendant Trilogy: The Tiger’s Daughter, The Phoenix Empress, The Warrior Moon by K. Arsenault Rivera for $4.99