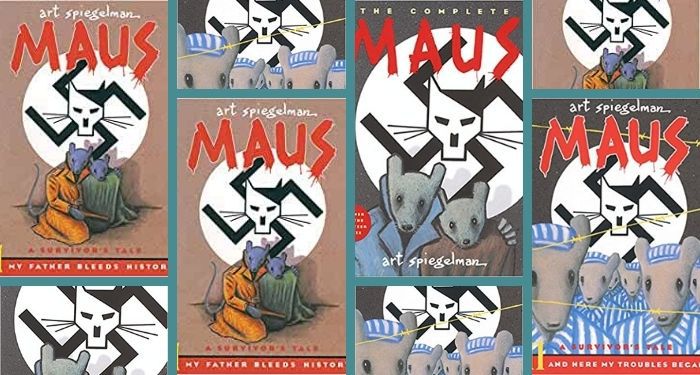 On January 10, a Tennessee school board voted 10-0 to remove the graphic novel Maus by Art Spiegelman. The Pulitzer Prize-winning graphic novel was the “anchor text” for an eighth grade language arts curriculum and was about the experiences of the author’s Jewish parents while they were in Nazi concentration camps.

The vote came as a result of the McMinn County Board of Education’s complaints of the graphic novel’s use of profanity and nudity. There are a grand total of eight curse words within Maus’s 295 pages. Tony Allman, one of the board members in attendance, admitted “I understand that on TV and maybe at home these kids hear worse,” but continued “we are talking about things that if a student went down the hallway and said this, our disciplinary policy says they can be disciplined, and rightfully so. And we are teaching this and going against policy?”

In Maus, Jewish people are represented as mice and Nazi Germans as cats, so the nudity in question is of a naked anthropomorphized female mouse. The scene shows the mouse woman dead and represents Spiegelman’s mother, who committed suicide when he was 20.

The board members also complained of the depiction of violence throughout the novel, with Allman making the point of how “It shows people hanging, it shows them killing kids.” But another board member, Julie Goodin, conceded that “there is nothing pretty about the Holocaust and for me this was a great way to depict a horrific time in history.”

Director of School Lee Parkison mentioned “we decided the best way to fix or handle the language in this book was to redact it.” Upon further consideration, though, the board decided that redacting or whiting out “offensive” content might pose an issue for the book’s copyright.

He said of the vote that “It’s leaving me with my jaw open, like, ‘What?’” He continued by describing the decision as “Orwellian,” but admitted that “I also understand that Tennessee is obviously demented,” said Spiegelman. “There’s something going on very, very haywire there.”

Eighty percent of McMinn County voted for Trump in the 2020 election.

Author Neil Gaiman also offered his opinion on the vote by tweeting “There’s only one kind of people who would vote to ban Maus, whatever they are calling themselves these days.”

Here are the minutes from the January 10 school board meeting.

This is just the latest in a deluge of book bannings, instances of library worker harassment, and censorship attempts from conservatives within the past few months. You can stay informed on the latest in censorship, with our Censorship News Roundups, and learn how to resist book challenges with our Anti-Censorship Tool Kit.