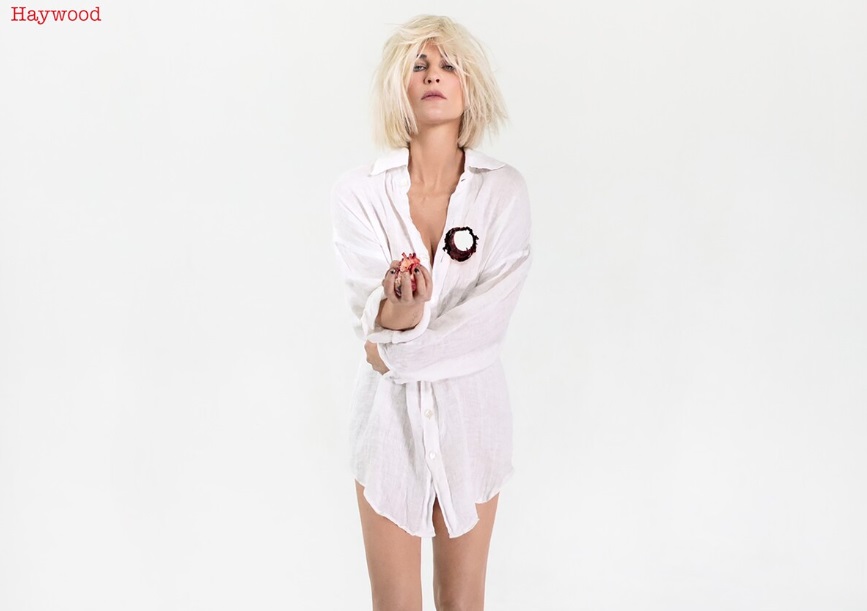 Los Angeles-based singer, songwriter, and producer Leah Haywood has been releasing new music under artist name Haywood over the last few months via Palm Tree/Sony Records. Her first single “Cheers to Us,” was a duet featuring Jackson Foote from pop duo Loote followed by her second single, “Backbeat” which was another banger for Leah. The hit songs didn’t stop there, and it wasn’t long before we saw the release of her brand new studio album almost 20 years in the making called ‘Pressure On My Heart’.

Haywood began her solo career with success in her hometown of Australia. She then moved to Los Angeles and shifted gears to write and produce for other artists alongside her husband/partner Daniel James through their Dreamlab Music and on her own. Haywood has achieved success as one of the few female record producers in the business, writing and producing hits for some of the biggest artists in the world including Justin Bieber, Katy Perry, BLACKPINK, Nicki Minaj, Demi Lovato, Selena Gomez, and others.

Haywood recently sat down with “Behind The Board” to speak of her creative process, and how she’s managed to turn some of the songs she’s written into some of the biggest songs in pop music today;

“Quite often on the edge of sleep — I might wake up at 3 in the morning and do a voice note,” the Australian artist details. “Because I am a producer, when I hear the song in my head, I hear the production. The two are absolutely married, for sure.”

“My style of production is messy,” she adds, explaining why she typically chooses to do studio sessions alone. “Probably, a lot of these ideas that I do for myself might not have been accepted in a room full of people. But the thing is, they couldn’t hear what I’m hearing in my head.”

After listening to Haywood’s latest album ‘Pressure On My Heart’ you will quickly begin to see how for the last 20 years, Leah Haywood has become one of pop’s greatest assets.