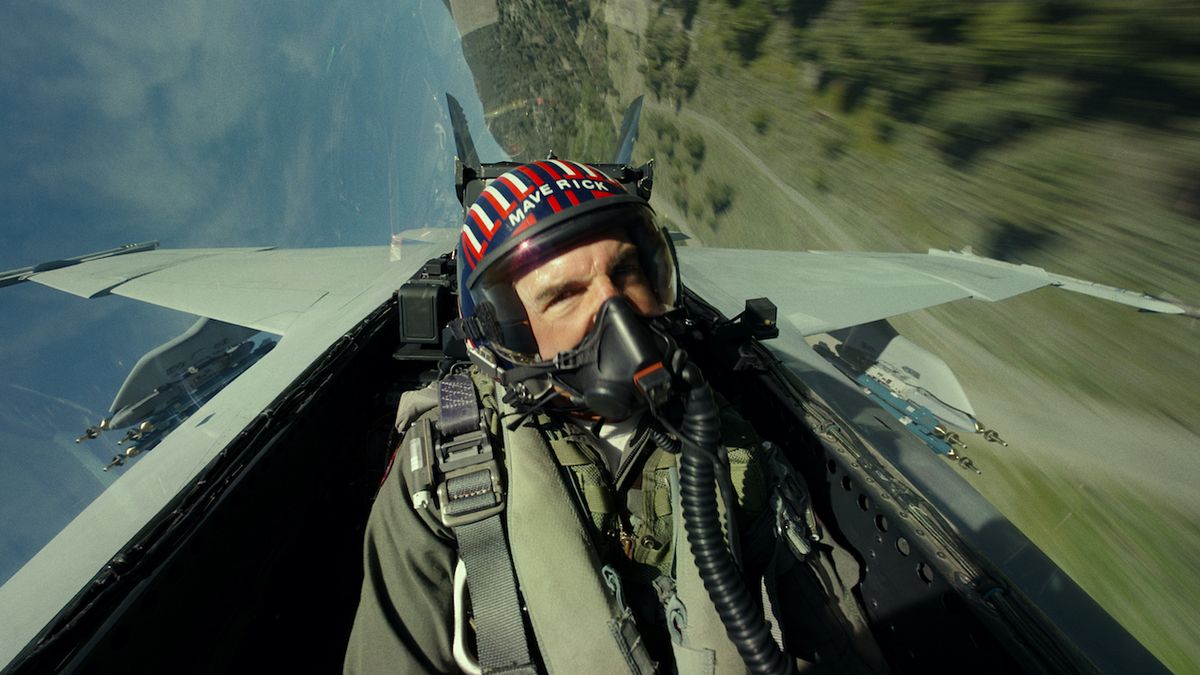 Top Gun: Maverick is the highest grossing movie of the year and a great deal of the credit for the movie’s popularity is being given to the fact that the majority of it was filmed practically, with Tom Cruise and the rest of the Maverick cast up in the air. It was the same thing that the first movie did, which Tom Cruise insisted on, even though the first film got quite…messy.

Speaking at an event for Deadline, Top Gun franchise producer Jerry Bruckheimer talked about the fact that Cruise didn’t want to use CGI for the sequel. There was a potential problem with that, however, as there was apparently a problem while filming the original Top Gun in the actual jets. Everybody kept throwing up. Bruckheimer explained…

It’s perhaps not surprising that there was apparently a lot of throwing up on the set of Top Gun. People’s bodies aren’t usually subjected to the forces that fighter jet pilots are and we know that even they can have difficulty adjusting to what they have to deal with. Most professional actors have likely never had to go through such things before.

This was apparently the genesis of the idea to put the cast of Top Gun: Maverick through extensive flight training. Everybody spent months going up in the air in various types of jets in order to get some practice so that they would be able to handle filming without passing out or throwing up. It sounds like the experience was still grueling, Miles Teller ended up with actual jet fuel in his blood, but overall the training period worked. The movie was able to get all the shots it needed, by cramping cockpits full of cameras, with, one assumes, a minimum of blowing chunks.

And it certainly worked for the audience. Top Gun: Maverick has grossed over a billion dollars. It’s a vindication of the decision to hold the movie back for two years in order to let it open in theaters during a time when audiences were willing to venture out in large numbers. If the movie had come out any earlier it’s unlikely it would have been as successful, but there was a feeling that the movie needed to be seen on the big screen, and audiences were in agreement.

The movie was so successful that one wonders if a Top Gun 3 might comer along, and without waiting three decades for it. If it does, we can be certain that more flight training will be in order, if only because it keeps the set cleaner.