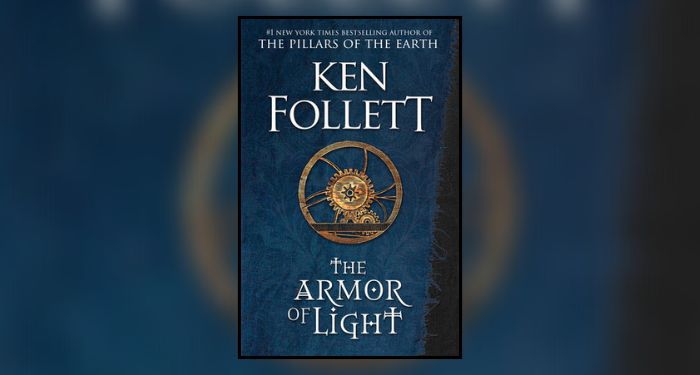 Ken Follett’s next novel will be published on September 26, 2023. It will be titled “The Armor of Light“ and will conclude the eight-volume Kingsbridge series that follows 1,000 years of Western civilization, from “Ethelred the Unready to the election of President Obama.”

Readers will follow a group of linked families, starting in the fictional town Kingsbridge at the end of the 18th century. The members of the family experience everything from bread riots to forced military recruitment, as well as a British government that enacts new laws restricting criticism of the government.

The role of women during times of peace and war will be highlighted — a regular feature of Follett’s work — as will the freedom of speech.

“I’m fascinated by how people have struggled for freedom — and won. Most of my stories are about just that. The issue underlying ‘The Armor of Light’ is freedom of speech,” said Follett.