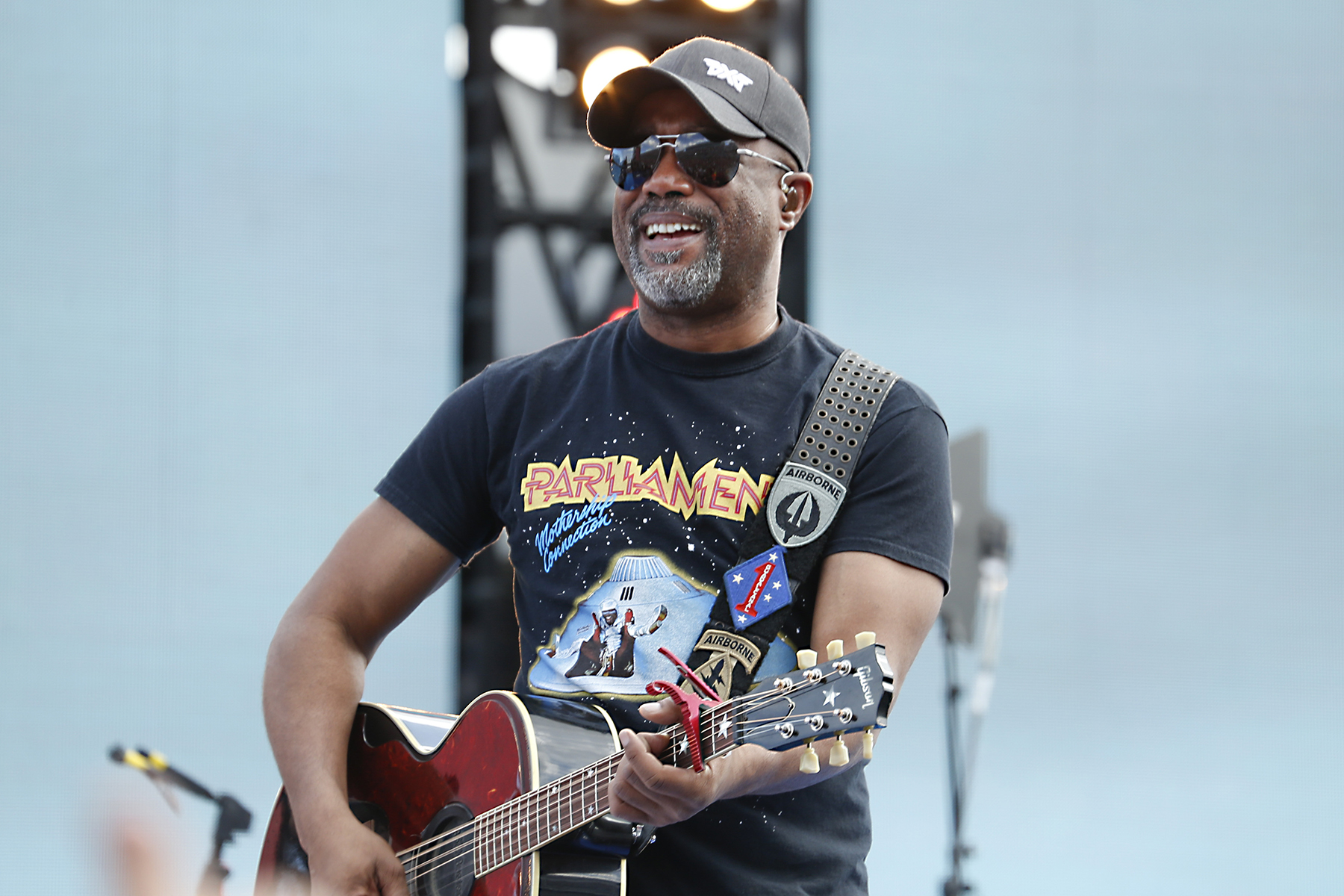 “The only B.S. I need is beer and sunshine,” Darius Rucker sings in his escapist new country single, “Beers and Sunshine.” Rucker’s been getting a lot of the latter during quarantine on the golf course — “It’s so easy to social distance there,” he says — but he’s also been holing up in the writing room, working on his first country album in three years.

“‘Beers and Sunshine’ is the most upbeat thing we have so far, but it’s not the perfect representation of what we’re doing on this record. It’s a personal record, with all the stuff I’ve been going through, and with Covid happening in life,” says Rucker, who in July announced he and his wife of 20 years were splitting up. “It’s been years since I’ve had a record out. I’m ready to get back to work.”

We talked to Rucker about his breezy new song, why his personal Black Lives Matter post on social media continues to resonate, and why fans shouldn’t look for another Hootie and the Blowfish reunion in the near future.

“Beers and Sunshine” is an easy summer listen. How does it fit in during this time?
It seemed like it was the song for now. We were writing it when everybody was quarantined and we talked about not being able to do anything or play shows. When we got to, “The only B.S. I need is beer and sunshine,” that was the payoff. We’re telling everybody the world sucks, but it’s gonna get better. I never do this, but I sent it to my guy over at Universal and he came back and said, “Can we cut that, like, now?” We recorded it all virtually.

Before the Landslide: Inside the Early Years of Fleetwood Mac

You posted some personal thoughts about racism and the Black Lives Matter movement in June, writing “This whole thing breaks me down to my core.” Are fans still reaching out to you about it?
Oh yeah. I’ve heard from people all over the world. The thing that was really powerful for me was my friends in Nashville who started calling, to talk about how they felt, about what they could. And how they didn’t want to be this way, or they didn’t want anyone around them to be that way anymore. That was something to watch, to know that people were getting changed. It’s so easy to get in that rut of “That’s just the way it is.” As a young African-American kid in the early Seventies, you’d go home and complain to your mom about something racist that happened to you, and you hear, “That’s just the way it is.” You grow up, and you have friends, and something happens, and “That’s just the way it is.” I can’t accept “that’s just the way it is” anymore. You have to call it out.

You’ve been performing on the Grand Ole Opry during the pandemic. How is it playing such a hallowed hall without an audience present?
It works, especially for the TV show. But it’s tough when you’re sitting there playing your heart out and there’s nobody there. I did it with Luke Bryan, and when you do it with a friend like that, you make it fun because you’re playing for each other. You’re playing to impress each other.

Were you surprised by the reception the Hootie reunion tour received?
Shocked. I’m not going to lie to you. I was shocked. I remember the end [of the band], 13 years ago, when we were putting 7,000 [people] in a 10- or 12,000-seater. So when we decided to do it again, I wasn’t against it, but I made it perfectly clear that I didn’t want to do it if it wasn’t going to be big. I didn’t want to be playing shows I was playing as a country guy and then go back and take a step down to play Hootie shows. And it wasn’t. It was no step down. It was huge. It was great to see that people remembered, and not just remembered, but were dying to see it again.

Will there be another?
I’ll do it again. But no time soon. I think we’d be stupid to start doing that every year. Do it like the Stones — every four or five years, go play shows.

I’m a US Navy Sailor — My Warship Was Buzzed by UFO That Shone Dazzling Spotlight on Us & It Wasn’t Human Technology – …
Zach Bryan Drops New Song ‘Dawns’ With Maggie Rogers
Hulk Hogan Says Kurt Angle’s Wrong About Health, Walks On Video To Prove It
Story Behind the Song: Chris Young, ‘All Dogs Go to Heaven’
Valentino Supermodel Takes Blame For Fall At Paris Fashion Show Runway