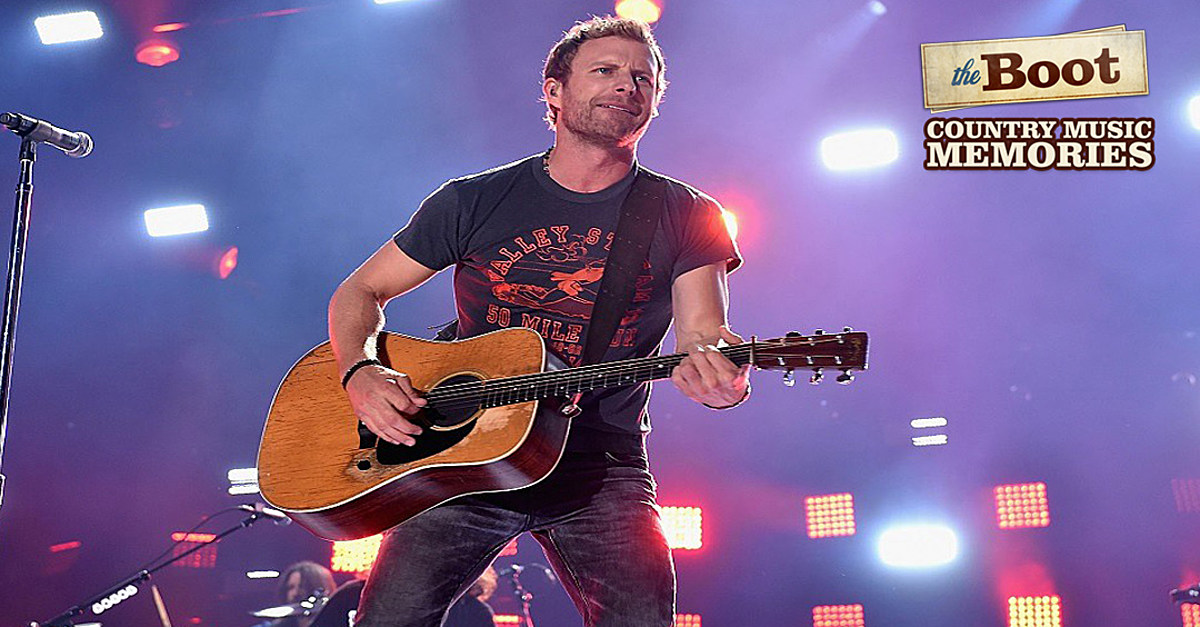 Happy birthday to Dierks Bentley! It was on this day (Nov. 20) in 1975 that Bentley was born in Phoenix, Ariz.

Bentley’s parents are Leon and Catherine Bentley. His father was a bank vice president who served in World War II; he passed away in 2012. Bentley also has a sister, Vanessa, and a brother, Fife. The future country star graduated from the prestigious Lawrenceville School, a college prep boarding school, in New Jersey. He then spent one year at the University of Vermont before transferring to Vanderbilt University in Nashville, Tenn., but he ultimately quit to pursue music full time — a decision he credits with attending boarding school.

“If I hadn’t gone [to boarding school], I would never have discovered country music,” Bentley says. “I made some great friends — and had a love of Jersey girls — but country reminded me of home and Arizona.”

It was a risk that paid off well: The singer-songwriter, who mixes bluegrass, country and rock to create his own sound, has sold more than 5 million albums to date. His self-titled debut record sold more than one million copies and spawned four Top 20 hits, including his first single, “What Was I Thinkin’,” which shot to No. 1. Bentley’s sophomore record, Modern Day Drifter, also soared to the top of the charts, as did two of its singles, “Come a Little Closer” and “Settle for a Slowdown.”

And it didn’t take long for the tunesmith to earn a permanent place in country music: Only a few months after the release of Modern Day Drifter, Bentley became an official member of the Grand Ole Opry, when he was only 29 years old.

Bentley, who also won the CMA Awards Horizon Award in 2005, released a bluegrass album, Up on the Ridge, in 2010, paying homage to his love of the genre. But while the remainder of his records have been more mainstream, he says that he’s fortunate to be able to combine his favorite genres into one style.

“I walk a different path,” Bentley acknowledges. “Because of my love of acoustic music, I have opportunities to do different musical things. It’s not just one type of show, which I really think would be a lot easier … I don’t know what the next 10 years holds, but I think I’ve put myself in a position where I can satisfy all of the different things that I love about music.”

WATCH: How Well Do You REALLY Know Dierks Bentley?