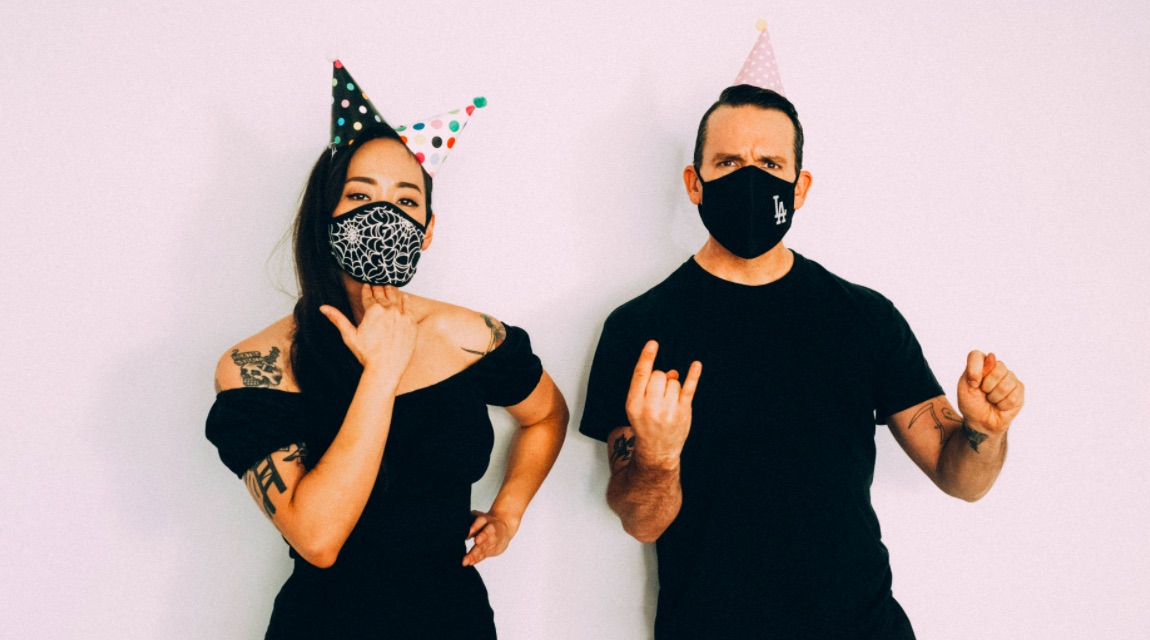 Xiu Xiu have shared a new single from their upcoming duets album, OH NO. The track, called ‘Rumpus Room’, arrived on Thursday (March 4) and features Angus Andrew of Liars. Check it out below, alongside an accompanying music video directed by Xiu Xiu’s own Angela Seo.

Seo said in a statement about the visual:

Does everyone have a deep personal childhood association with Flamin’ Hot Cheetos, or just me? One of the first things I shoplifted as a kid was a bag of FHC. I once bet my cousin I could finish an entire Party Size bag in one sitting; I won the bet but lost my sense of taste for a couple days. I was a latchkey kid and would ditch school and often go to the 7-eleven by our apartment, where some 20-year-old kid who didn’t give a crap would be working and watch me play their single arcade game–marvel-capcom– in the corner as long as I bought a slurpee and FHC. Sometimes in my old teenage journals, I find flamin’ red dusted fingerprint smudges among melodramatic poems and fake runaway notes. All that intersected perfectly with the “Rumpus Room” song, and part II story of the video trilogy (1st being “A Bottle of Rum”).

OH NO, which also features Sharon Van Etten, Chelsea Wolfe, Alice Bag, Haley Fohr of Circuit des Yeux, and more, is due out March 26 via Polyvinyl. Previously, Xiu Xiu shared the lead single and one of our best tracks of the week, a collaboration with Grouper’s Liz Harris called ‘Bottle of Rum’.