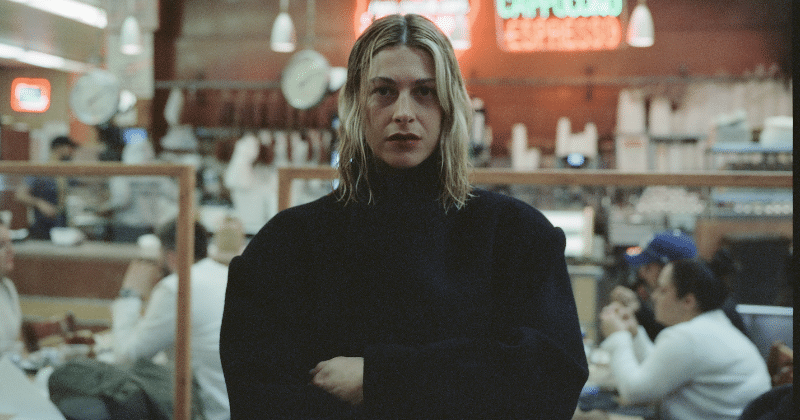 Indigo Sparke has shared a video for ‘Hysteria’, the title track and latest single from her forthcoming Aaron Dessner-produced album. It follows previous entries ‘Blue’ and ‘Pressure in My Chest’. Watch and listen below.

“This song is about being inside of love, right at the edge of hysteria,” Sparke explained ina statement. “There is often an axis point in things. A place where things can tip into chaos or become unhinged. A marker point. As beautiful and turbulent as these moments are, sometimes it’s hard to return from them to a place that makes sense and feels safe. I think for so long and maybe still, sometimes, I find it hard to keep my balance in love. So many fireworks. So many sorry’s. So much hope. So much deep yearning. So much joy. So much poignant reflection in the tidal pools of intimacy. This song was the birth place of the whole album. I had this song and the title before the rest found a home inside of this world too. I am still trying to unravel the bitter sweet nature of love and longing. What it means to truly let go. What it means to truly love.”

Nina Gofur, who directed the song’s visual, said: “Indigo’s voice has this unique vulnerability to it. It’s simultaneously tender and raw, yet possesses a lot of strength. Her lyrics wrap around you like a silver thread, stitching together different feelings you’ve been afraid to acknowledge. When I first heard the song I wanted to honor the feeling it elicited – an ode to reconciling the parts of yourself that seem to be in a tug of war. Indigo’s constant motion paints a blurred image of her either running away or returning to herself. Ultimately, she welcomes Hysteria as a guest; a temporary visitor. I wanted the visual to speak to the temporality of Hysteria and all the beautifully complex feelings it brings.”

Echo, the follow-up to Sparke’s 2021 debut Echo, is out October 7 via Sacred Bones. Check out our Artist Spotlight interview with Indigo Sparke.